Take me to repo!
I Need Space is a 2D physics-based puzzle game set in space, based on navigating gravitational forces to reach a goal. It was developed over the course of 6 weeks using Unity (C#) as a way of showcasing complex 2D physics in motion.
The brief: Create a game that demonstrates the uses of a complex physics engine.
At the start of each level, the player is launched 'Angry Birds'-style into a solar system, and must use the pull of the planets to reach a goal. The further out you get, the more strange and wonderful things await you, and the vaster each level becomes. The player completes a level when they reach the flag planet, whose location is hinted at at the start of each level.
The main focus point of this project was using physics as a game mechanic, and as such I engineered my own planetary gravity using the gravitational equation (with a few alterations so it would hold true at smaller scales). The force applied to the rocket is calculated using this equation, with the planet's radius in place of mass. This allowed gravitational pull to scale effectively as planets grew and shrunk (one of the many obsticles scattered around the later levels).​​​​​​​ 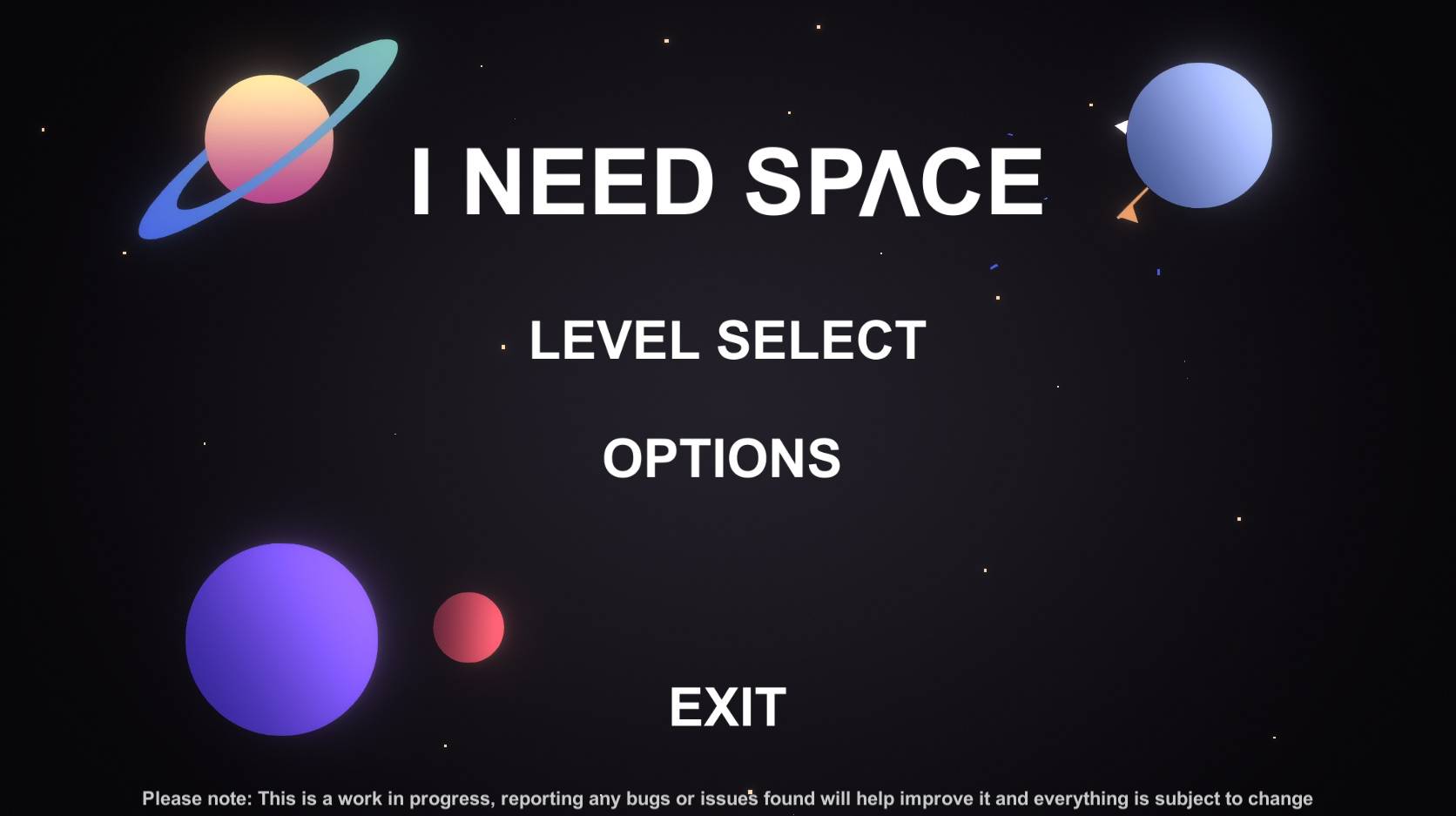 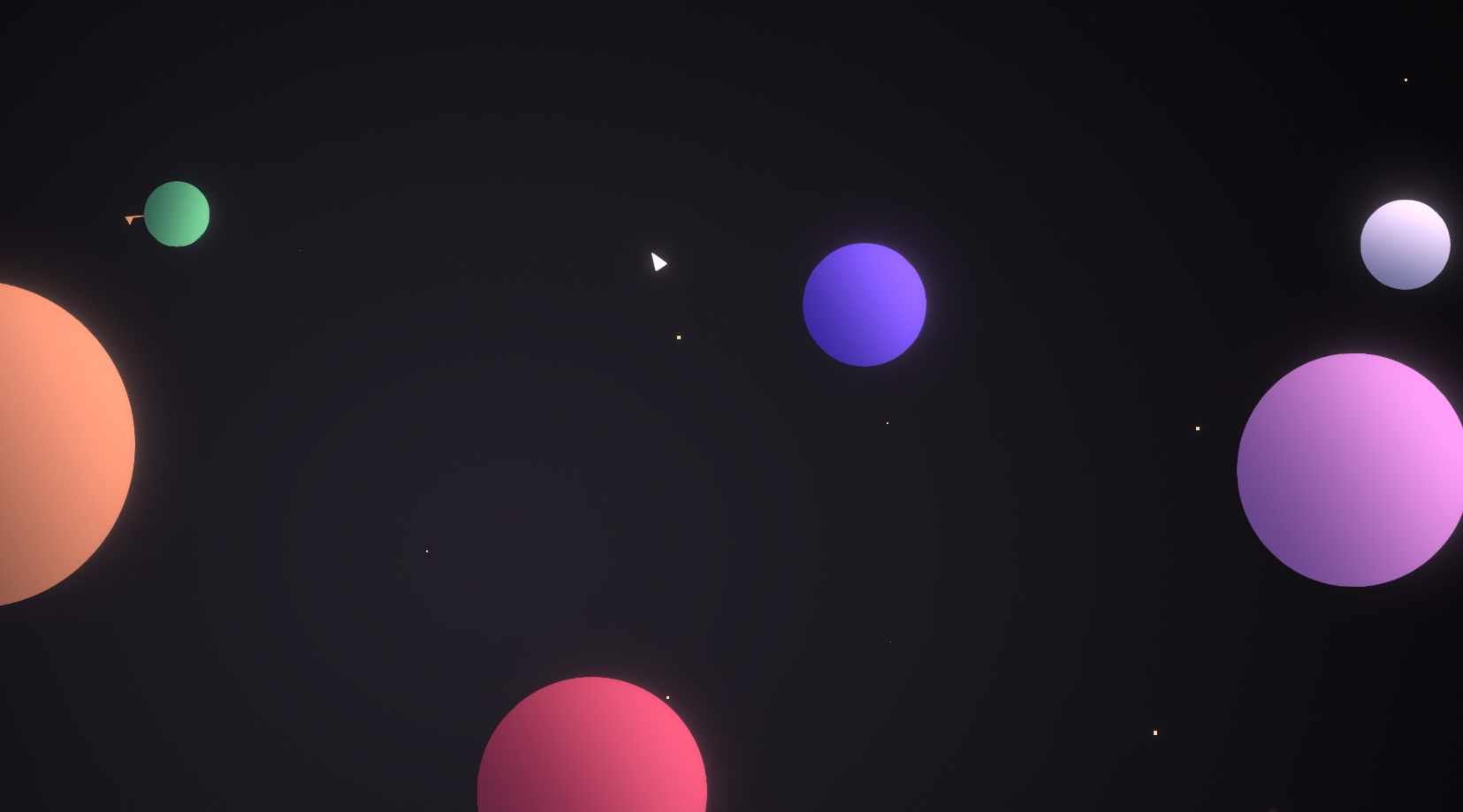 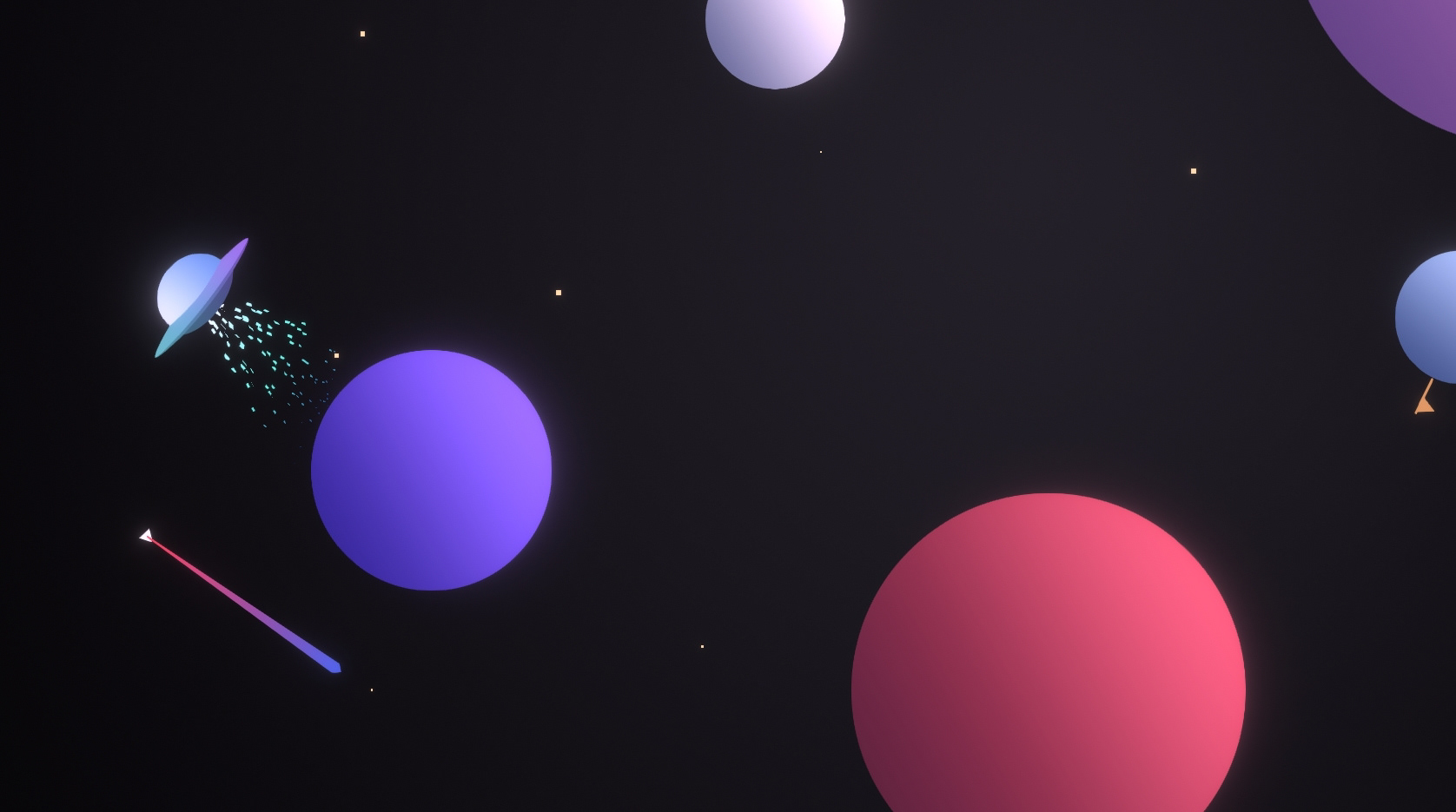 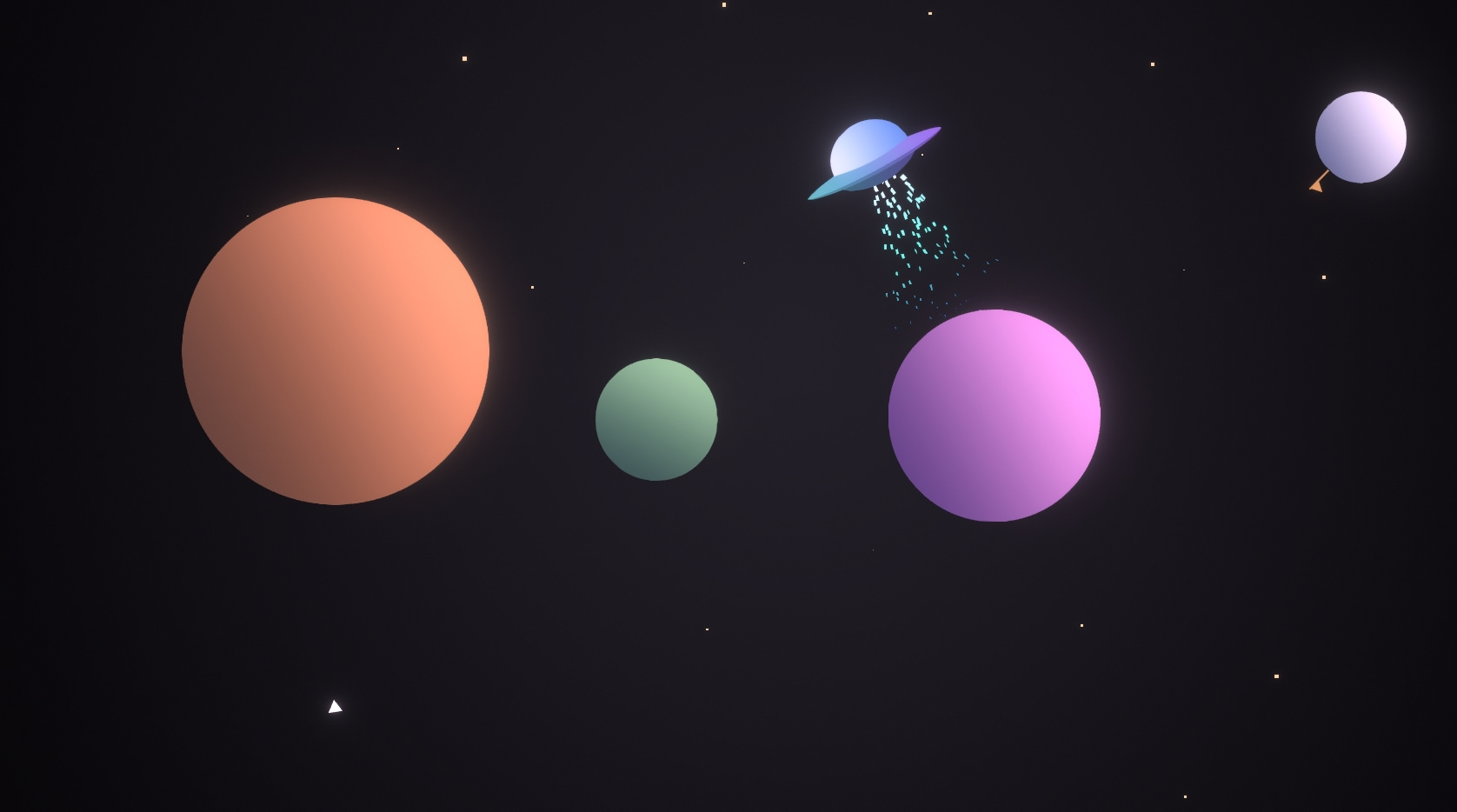 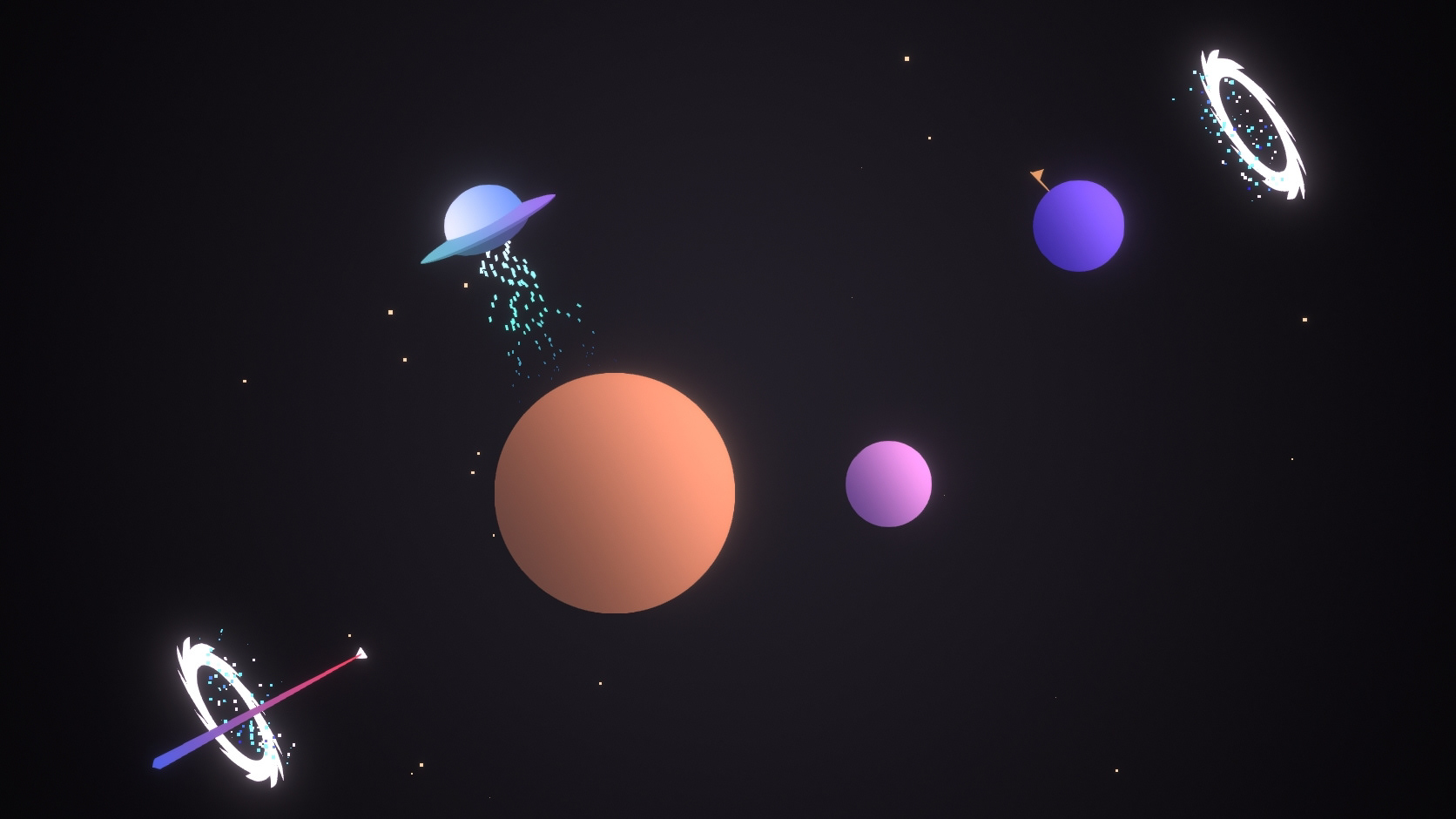 Controls
- Select a level to play
- Use the left mouse button to launch the rocket into space
- Aim for the flag!
This project was part of BCU's Game Development course (2019 to 2021)
It received a First (85%)
Music sourced using FreeSound (see Itch download for 'read me' containing credits)

Between Two Worlds
↑Back to Top